Steve lops his locks for charity 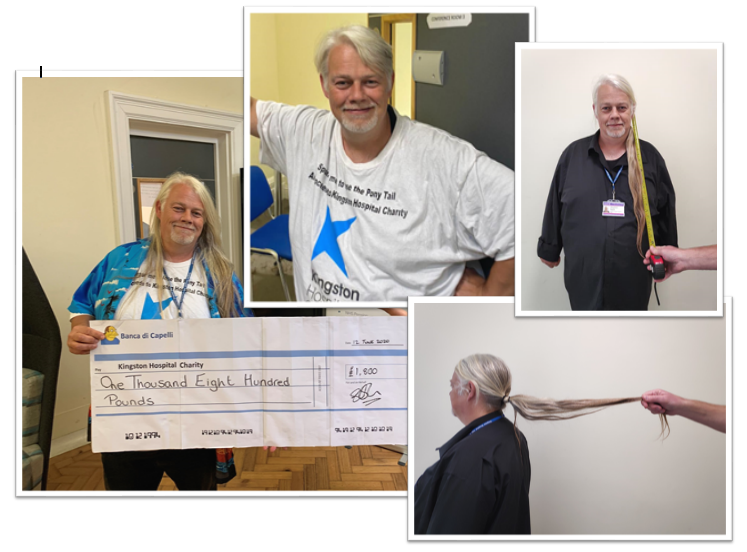 Steve Nash has been growing his hair ever since he started working at Kingston Hospital as an IT Engineer in 1998. Since the lockdown began in March, Steve has been living in a variety of locations around the hospital so he can remain at work, while minimising the risk to his family during the COVID-19 pandemic.

Steve has been humbled by the dedication of his colleagues across the hospital, as well as by the generosity of the public during this time of crisis and decided to do his bit and raise some money in support of the hospital.  In return for reaching his target of £500, he agreed to cut off his ponytail that he’d been growing for 22 years!

After raising nearly £2,000, Steve had his lovely long locks lopped off on Friday 12 June with a sturdy pair of office scissors and he loves his new look.

A huge thank you to Steve for his dedication, support and commitment at this challenging time.

Latest news
Successful samosa fundraiser
Our thanks to local resident Mrs Gill for raising £1,620, having cooked...
Steve lops his locks for charity
Steve Nash started growing his hair in 1998 when he started working...
Mike’s miracle recovery
Mike Sansom was the first patient with COVID-19 to be treated in...
View all