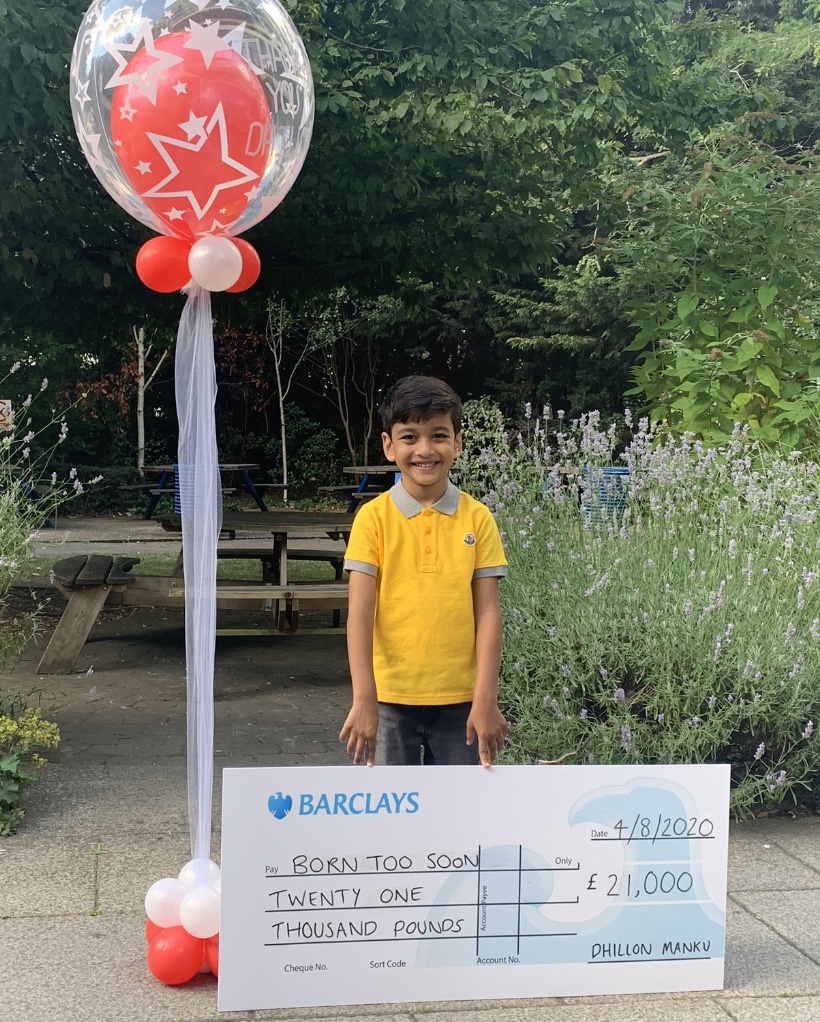 Dhillon who was born prematurely at Kingston Hospital in 2013 was cared for by its neonatal unit. When Dhillon was old enough to understand that he himself was born prematurely he decided he wanted to buy an incubator to look after babies just like himself.  His fundraising efforts included a sponsored swim, a coffee morning at his local Starbucks, a golf day and a sponsored bounce.  Dhillon also took part in the Richmond Runfest.  The last £5,000 needed was donated by the Kamani family who are the founders of ‘Pretty Little Thing’ and ‘Boohoo’, after Dhillon put a video pitch together and shared it with them over Instagram.

Latest news
100 days in intensive care
Our thanks to the Holker family for raising £4,400 in support of...
Flying high
Five members of Kingston Hospital staff took part in a skydive at...
Six-year-old fundraiser Dhillon reaches target for incubator for Kingston Hospital’s neo-natal unit
Six-year-old Dhillon Manku, who aimed to raise £21,000 for a new incubator...
View all